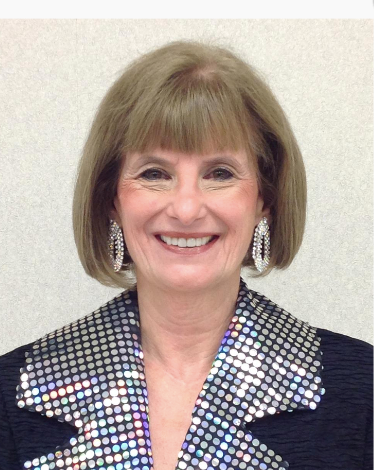 Angela started dancing as a young child. While raising children, she taught Jazzercise and worked for Plano ISD as a network software engineer. She choreographed community productions, and performed in various venues in the Carolinas and Texas. Angela fell in love with tapping, and performed in several shows at the McKinney Performing Arts Center. She tapped, acted, choreographed and directed many acts in the Heritage Ranch Variety Show. She has been a proud member of the Follies since 2018, and a member of the Dallas Tap Dazzlers since 2019. It’s a blessing to be with such a wonderful and talented group of women who demonstrate that tap dancing is ageless! Angela loves being with her family and spending time with her three grandsons. 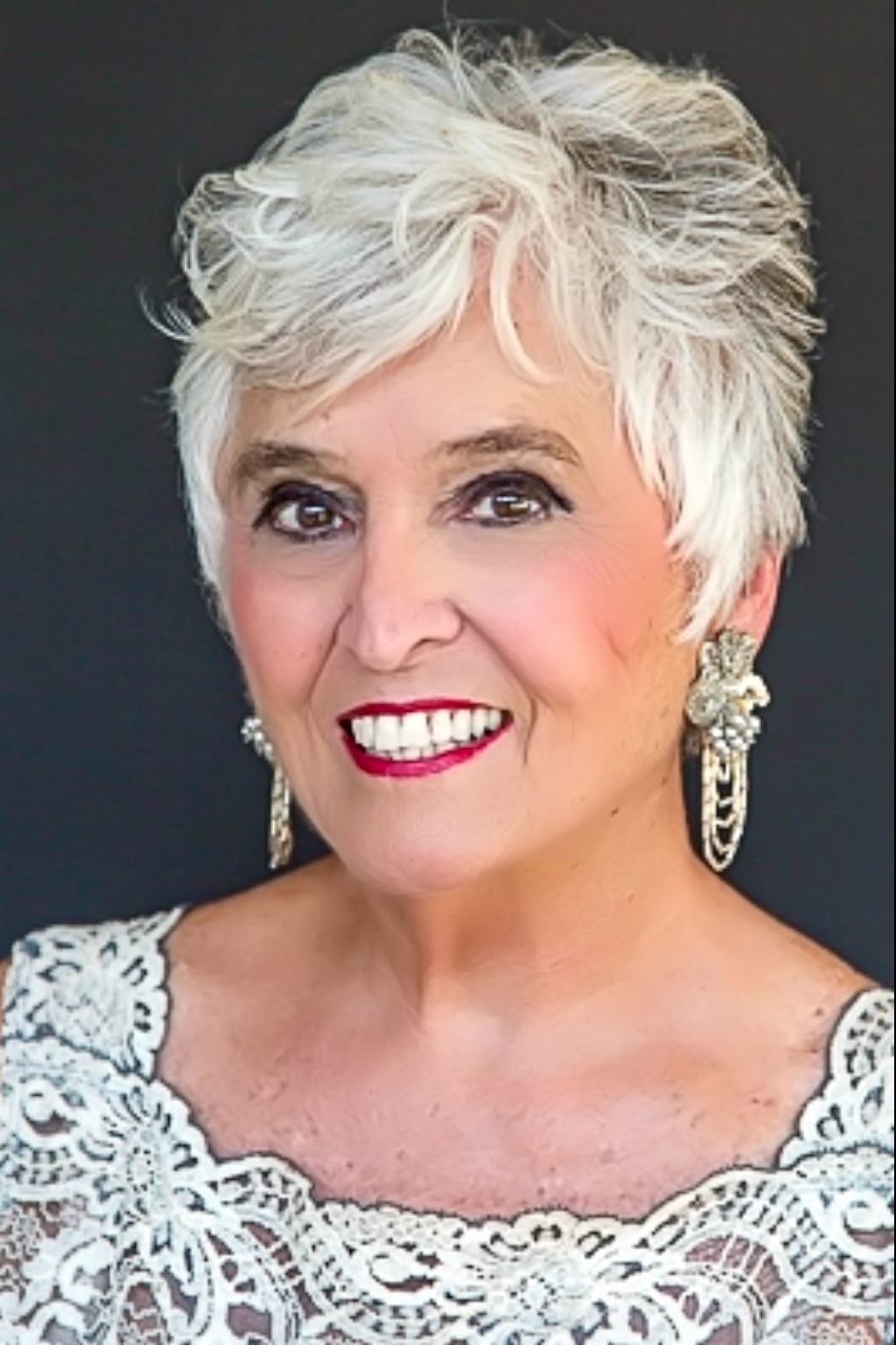 Beth Weems Pirtle is an original Follies Showgirl from 2008. She is Ms. Texas Senior America 2003; 1st runner up Ms. Senior America 2003. She is a graduate of the American High School in Mexico City and speaks Spanish. She holds degrees from University of Texas and Southern Methodist University and a certification in counseling. Retired in 1994 after 26 years teaching. She and her husband, Rodney, have 3 children and 5 grandchildren. Her family, volunteering, and tennis are her passions! 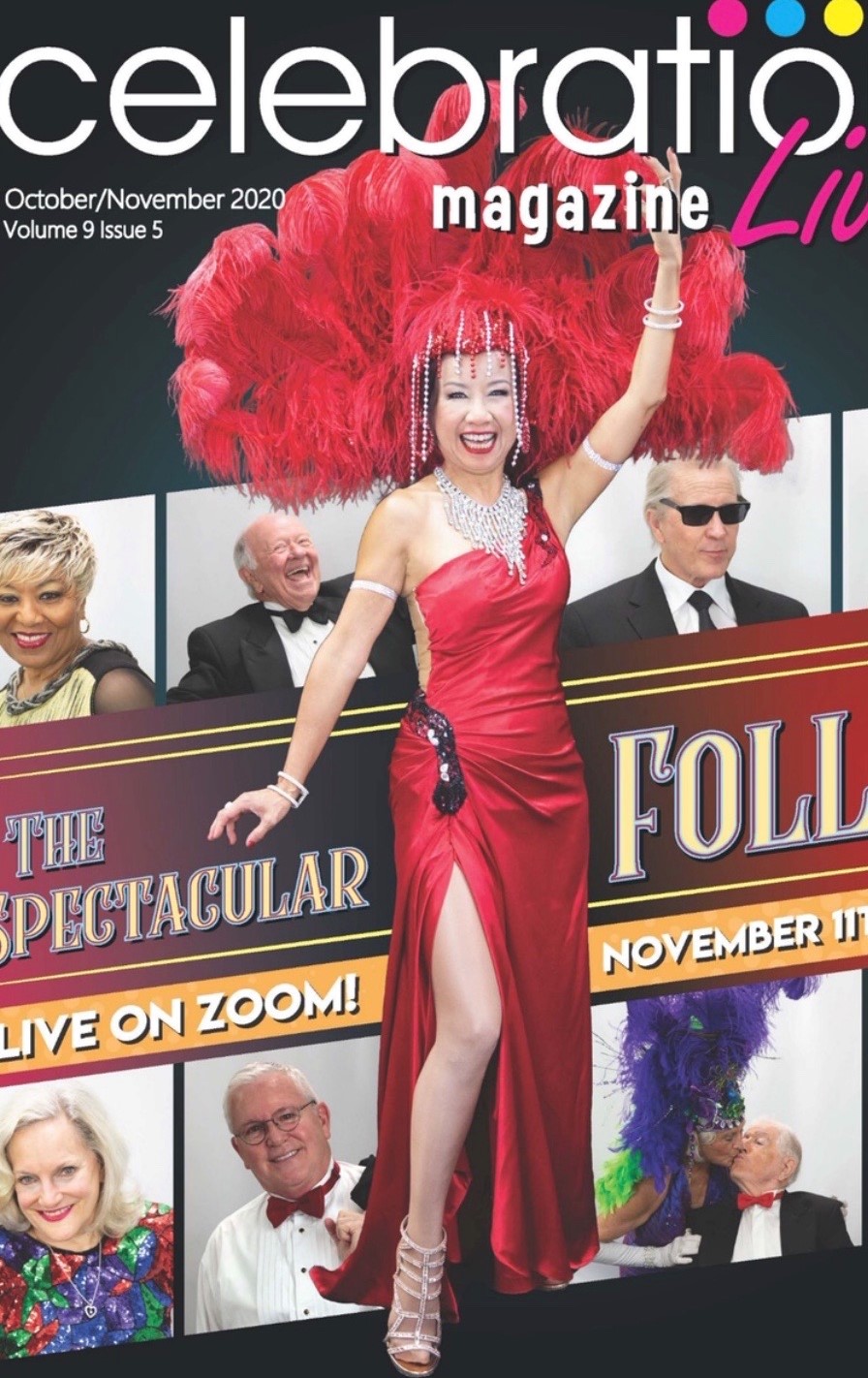 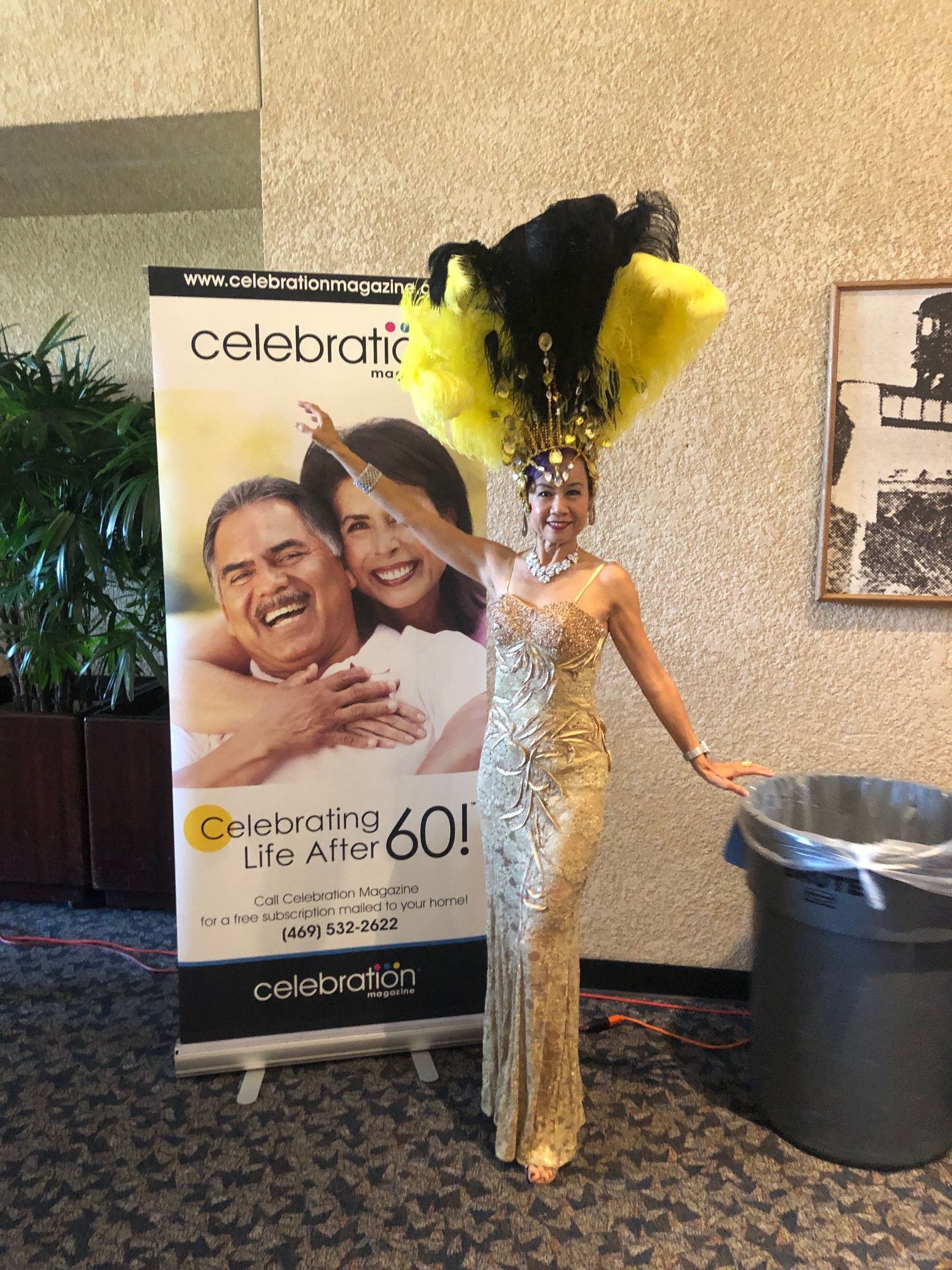 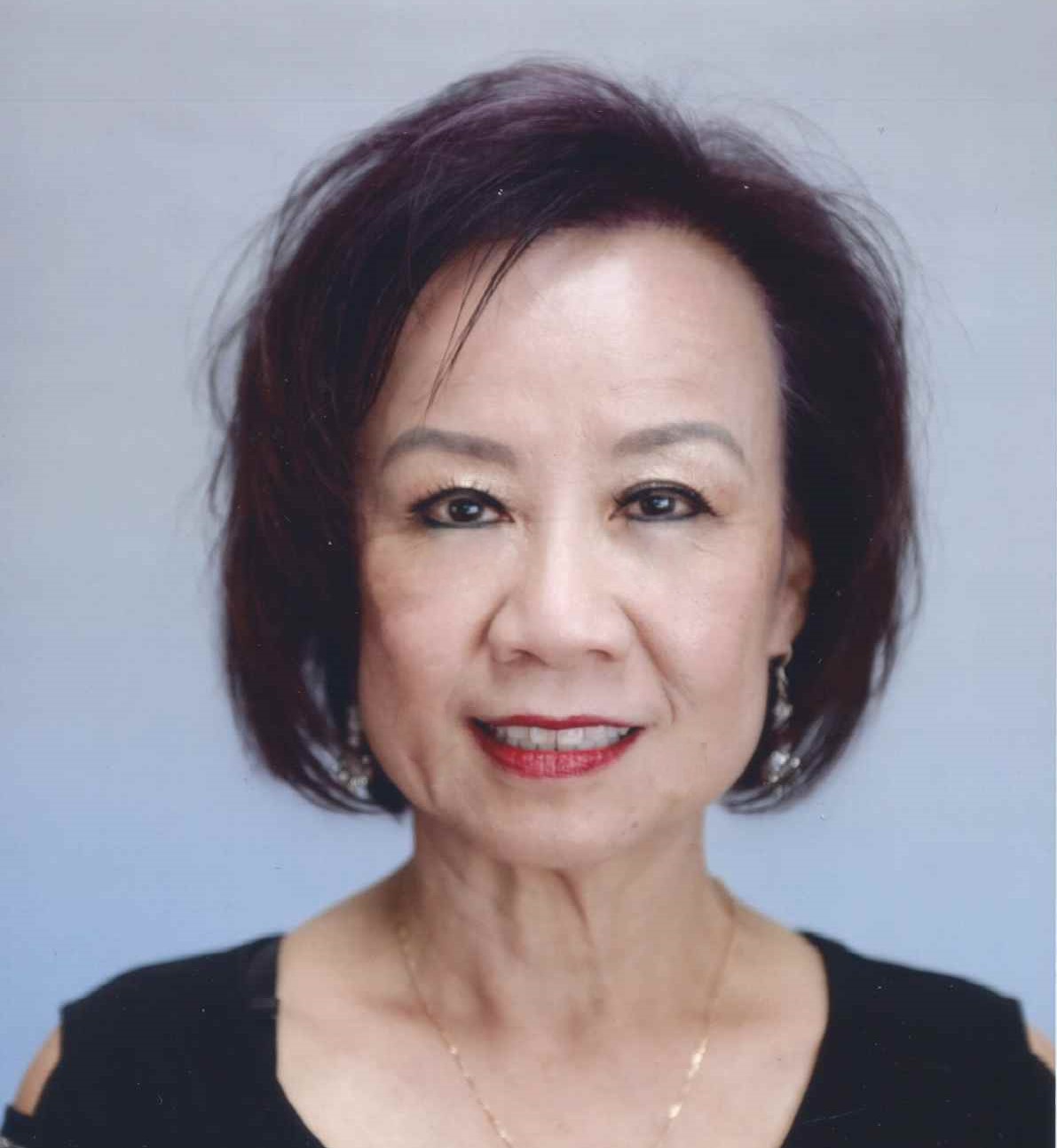 Betsy Lee took her first dance lesson at 43 and hasn’t stopped dancing since. A proud Dallas Tap Dazzler since January 2017, she’s excited to be in her fourth Follies, she was also a Follies showgirl from 2017 – 2019.  Retired in May 2019 after 24 years with Fujitsu as a Financial Analyst, she enjoys her free time dancing and performing. An original founder of USA DANCE DALLAS, a national non-profit promoting ballroom dancing, she was its Treasurer for 12 years and learned numerous dance styles, including Ballroom, Argentine Tango, West Coast Swing and Salsa. 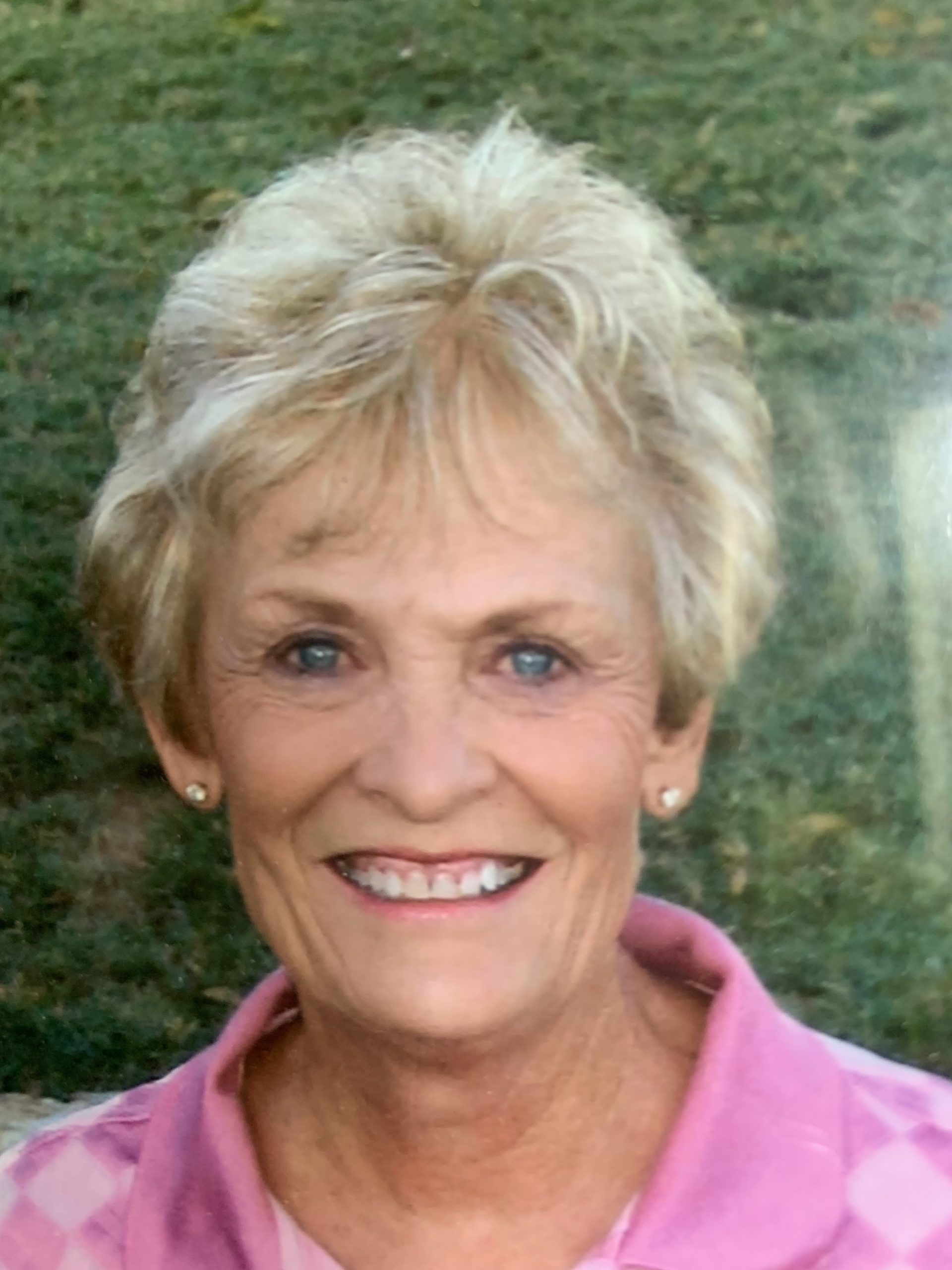 A native Dallasite, now resides in Heritage Ranch with her husband of 65 years, Don. Tap danced for 60+ years and choreographed for several show choirs. Retired owner/coach of Flippers Gymnastics. Loves golf, traveling and spending time with 7 grandchildren and 14 greats. Thrilled to be in Follies again. 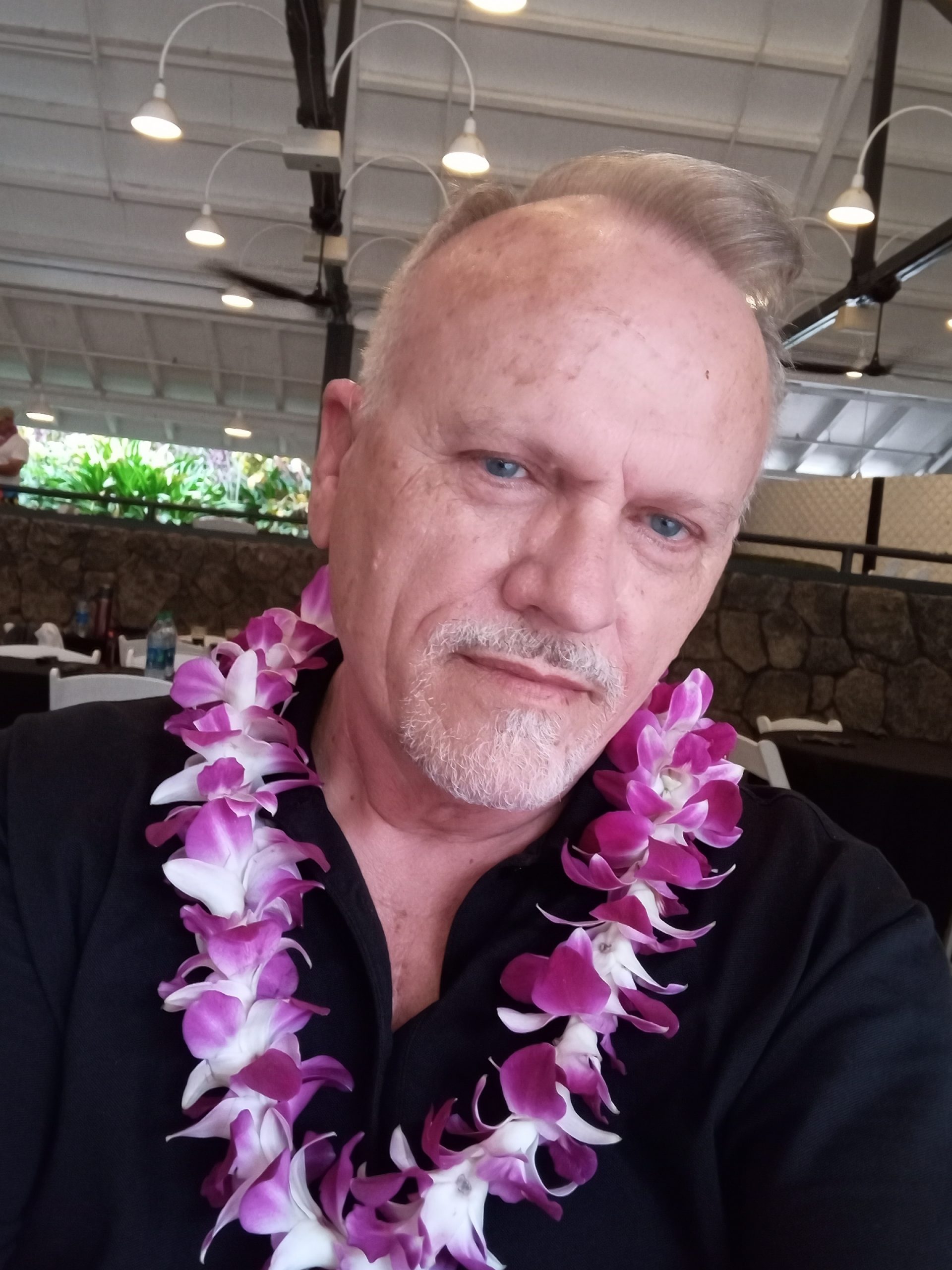 I have traveled throughout the USA and several foreign countries as a minister, singer, pianist and speaker since I was 17 years old. Currently I sing and play the piano in 20+ retirement communities and various senior adult facilities per month all around North Central Texas. I am also a caregiver for a wonderful invalid friend three mornings a week. I have three amazing married children and eight fantastic grandchildren and one precious great grandson. These are my most joyful days! You can check out my schedule at: http://www.billcobbmusic.com 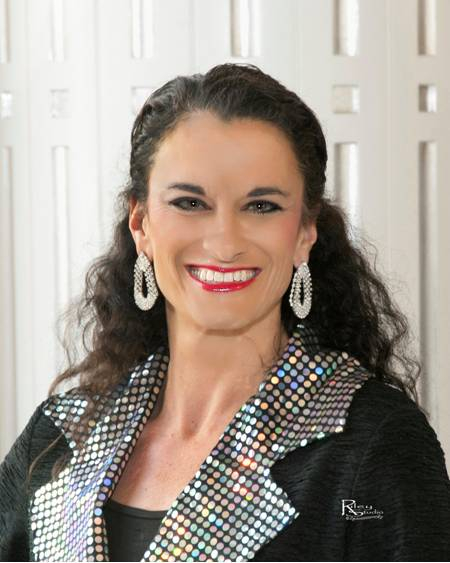 Brigitta has been a Dallas Tap Dazzler for 11 years, with 2019 being her first Follies appearance. She fell in love with tap dancing as a teenager and is pleased to be performing and still learning at the age of 57. She is the treasurer of the Ms Texas Senior America Pageant Board, loves fitness and golf, and spending time with her two grown boys. 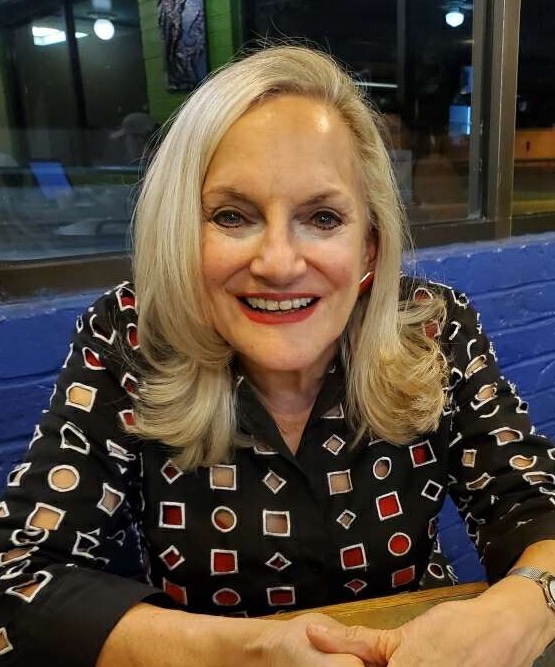 Performed in many local community theater productions. Professionally at retirement venues and senior centers. In the courtroom reality show, EYE for an EYE. She sings, dances & does funny voices ( Betty Boop!). Studied with celebrity coach Gleni Tai & Broadway legend Betty Buckley. Performs with the Ms.Texas Senior America Cameo Club. In the Follies since it’s FIRST year! The only things which make her happier are her kids, Sally & Eddie Glass. Taught school for 23 years…so nothing scares her 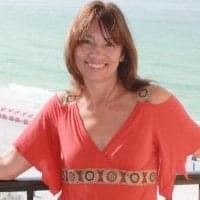 I was born in Gallup, New Mexico and grew up in Venezuela and Peru. I am fluent in spanish (read, write and speak). We moved to Plano, TX in 1972 .

I am a fan of Musicals and Movies. I volunteer for DSM, AT&T Performing Arts (Winspear/Wyly), Dallas International Film Festival and the Asian Film Festival. I’ve been performing with the Spectacular Follies the last 2 years (2020 doesn’t count) and it has fulfilled a childhood dream. Performing in the Spectacular Follies has fulfilled a childhood dream of mine.

I love working out and am certified as a Danceaton instructor although not currently teaching.

I am the proud mom of 2 great sons, Chris and Jon. 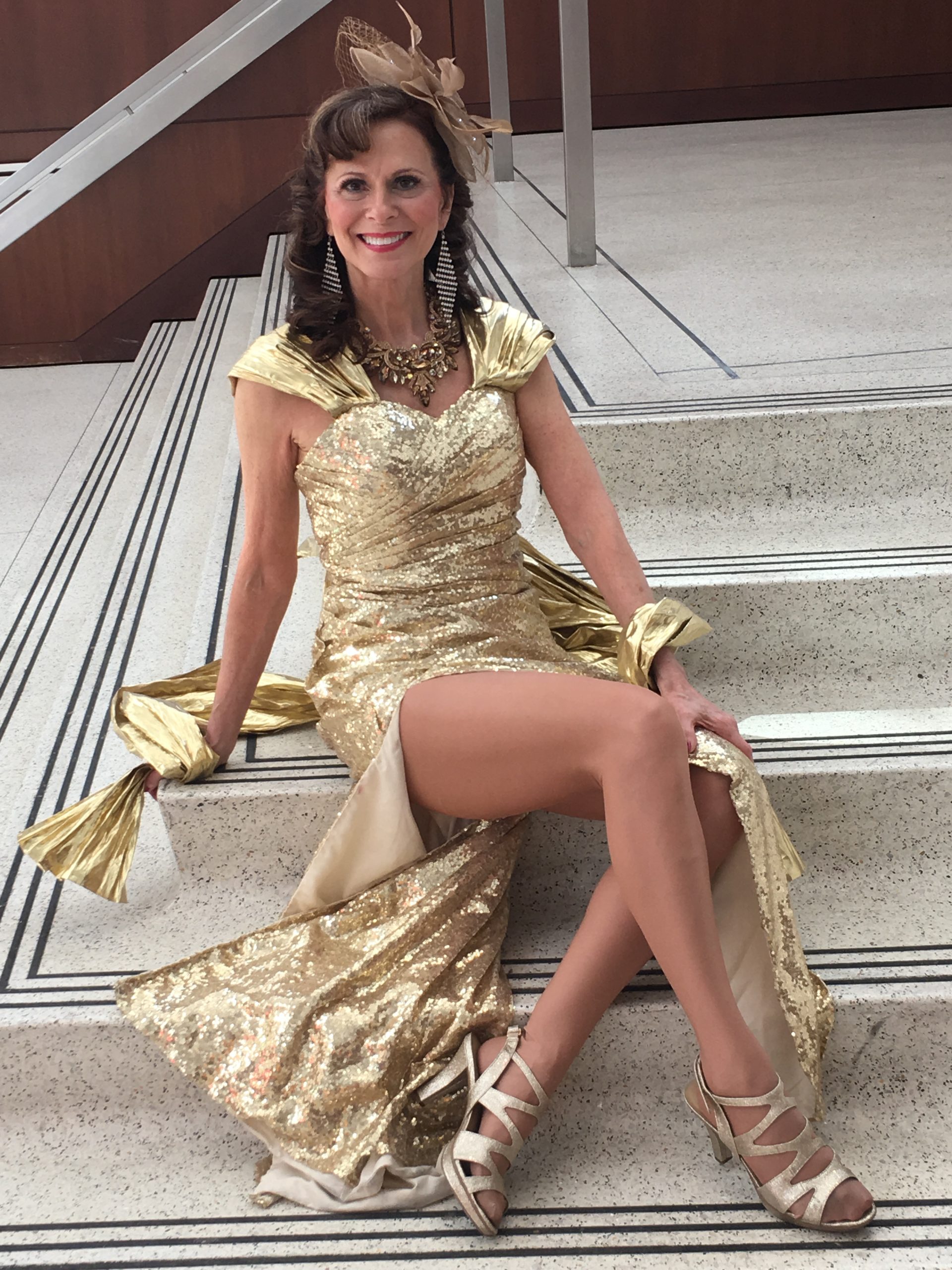 She is a native Texan and currently resides in Rockwall. She took tap & jazz lessons in the third and fourth grade. She graduated from Skyline High School, where she was a member of the drill team and Captain her senior year.

Growing up, she was able to attend a few Dallas Summer Musicals and wanted to grow up and dance, and maybe sing, in a big show. She has found that thrill, with being a part of the Follies, Class Act Tap Company and as an Ambassador at DSM.

Always active!!! While in school, when dancing wasn’t affordable, she was the neighborhood tom-boy playing kickball and softball in the streets, riding bikes, etc. In college, working toward a Physical Education minor, she participated in classes like badminton, dance, racquetball, swimming, and was even a guard for the winning co-ed intramural football team.

In her adult-after children life, she loves and participates in various dance exercise classes, such as Jazzercise, Zumba and now, U-Jam. She has taught adult aerobics classes, Bokwa, and currently teaches beginning tap to Seniors. She participates weekly in an aerobic dance class, Class Act Tap, yoga, Pilates, and Barre. She and James, her high-school sweetheart, have been married for 44 years. They follow his parents tradition, as well as his siblings, of marrying high school sweethearts-and all have remained married. They have two children and one grandchild. 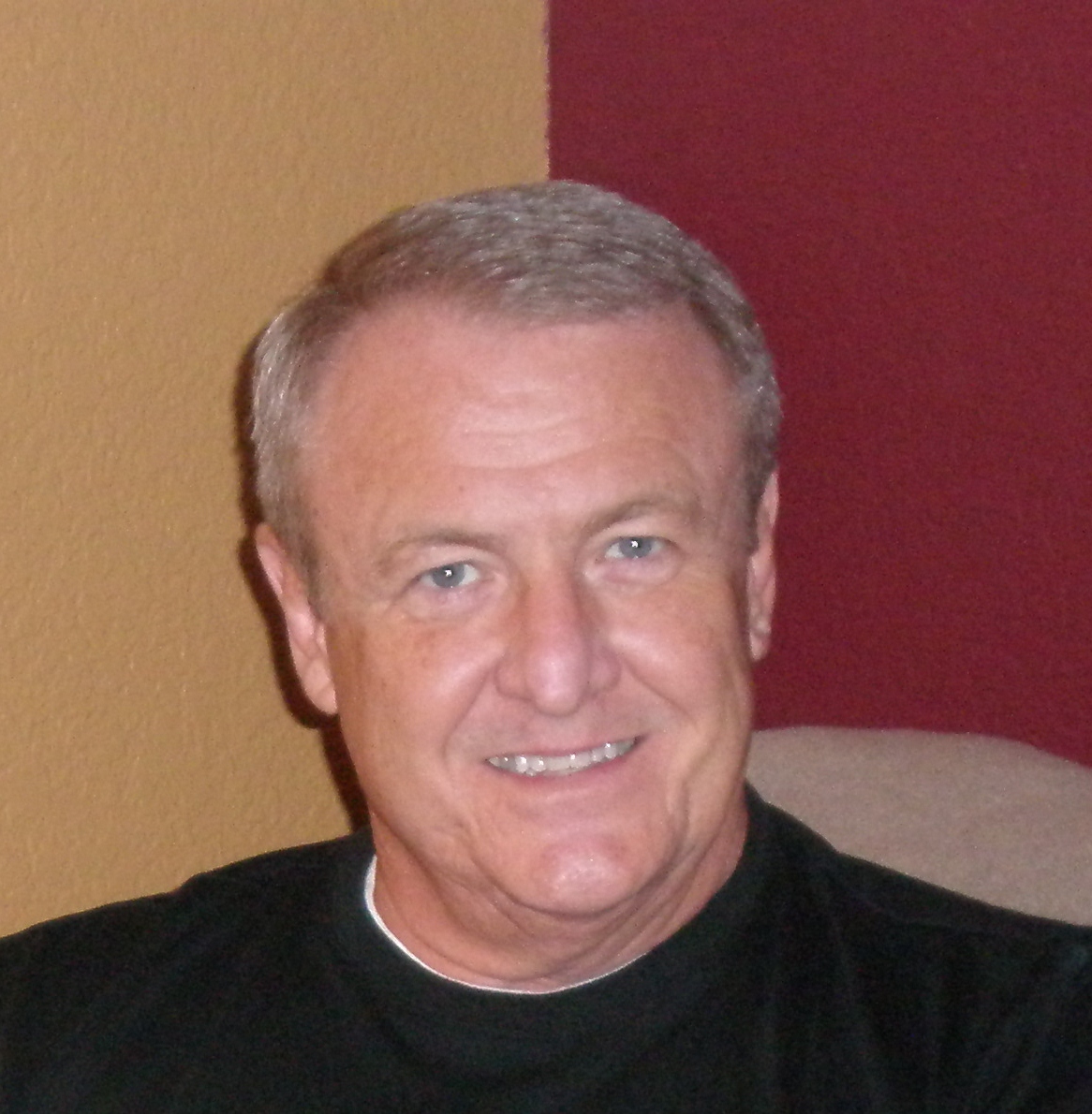 Charlie spent a dozen years as lead singer for a well-regarded 20-piece Swing Band, where he was known as ‘The Sinatra Singer’. He does private-event solo shows of Pop Standards, rock and roll classics, and country hits of George Strait, Glen Campbell, and other greats. His wide-ranging variety performances make him “The Living Jukebox” for the 50s, 60s and 70s pop, rock, and country classics he knows by heart!
A versatile performer, Charlie has appeared across North Texas, Oklahoma, and Louisiana in a number of different venues, corporate events, special occasions, and stage shows. He was the ‘Special Guest Performer’ for McKinney Has Talent at the McKinney Performing Arts Center six years in a row. He was the featured performer for the “Evening with the Stars Banquet” at the inaugural Spirit of the Cowboy Festival in 2012 in downtown McKinney.
Charlie has appeared several times as a center-stage soloist in the Dallas-area professional stage production Spectacular Follies.
For nearly 40 years, Charlie was an international business strategy and performance consultant. Like many people who enjoy music, he eventually came back to performing after years of ‘earning a living’. Charlie and his wife Judy and grown daughter Sarah have lived in Fairview, TX for more than 20 years. 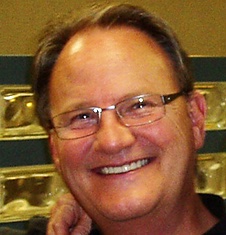 Singer/songwriter/guitarist. Vice President on Spectacular Follies Board.
Serves on boards of 4 other not for profit corporations. Founder of North American Scrabble Players Association and its Foundation for Youth Literacy.
Met wife, Carla, on the tournament Scrabble circuit. 3 children; Kendall (33), Faith (13), Henry (9). Performs regularly at various locations with BYO Musicians (a not for profit comprised of business people who like to make music and give back) and at Sammons Center for the Arts.