Mark Carroll: The Story of a Talented, Generous Man. 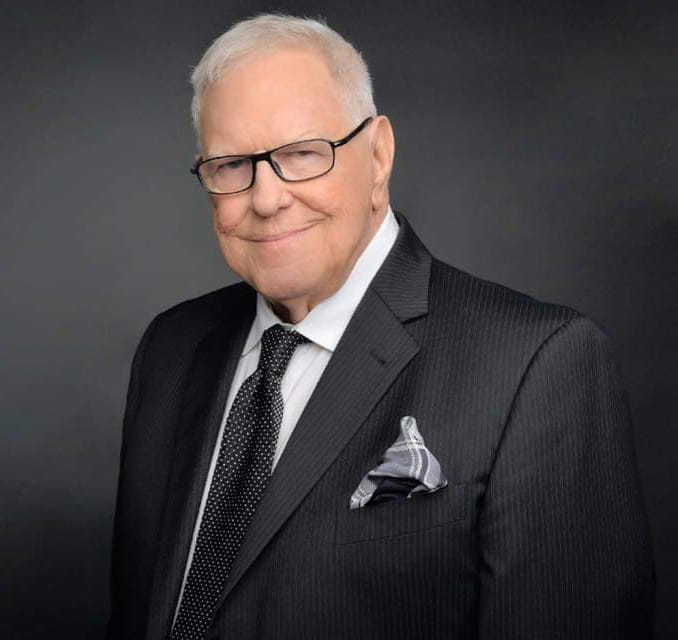 When you think of the Spectacular Follies, one name stands out more than the others; Mark Carroll, who passed away this week, was the man who started it all.

Mark created the Follies in 2008 as a way of promoting talented seniors he knew and to bring entertainment to the mature audiences in the community, but that is just one part of his incredible lifetime in the spotlight.

Born in Little Rock, Arkansas in 1935, Mark’s childhood was not one of fun and happiness. His parents were not well equipped to raise a child so Mark spent a lot of time alone. As a youngster, Mark attended a carnival show and was mesmerized by the lights, costumes and glitz and decided right there and then to find a way to become part of the show business community. He read every entertainment magazine he could and daydreamed of all the glamour and excitement of Hollywood and New York.

Learning to play piano in his early teens, Mark bought and listened to every record he could get his hands on, focusing on the piano playing for each song. He knew that his talent for piano would get him to the promised land.

By the time he was 18, Mark left home never looking back to Little Rock and joined small bands and played at tiny clubs in the area. Always trying to improve his craft, Mark listened to all kinds of musical genres and his ability to play them all gave him the opportunity to work with larger, big named professional musicians. Mark was on his way.

Mark decided it was time to go out on his own and came to Dallas to find fame and fortune. At first he found work as a pianist for burlesque houses and played for Candy Barr and other strippers who loved how he kept the beat for them and musically elevated their acts. During this era many famous Dallas entertainers visited these clubs and Mark met them all. Mark was advised to travel more and gain experience so he could broaden his appeal and he took this advice and played clubs all over the country gaining fans everywhere he went due to his talent and giving personality. He learned early to love the lyrics of the songs he played and sing from his heart and audiences could not get enough of his performances.

Mark took his winning personality and talents and headed to Las Vegas, Hollywood, New York and many other big cities where he could work in nightclubs and was always a hit. Known as a pianist’s pianist, Mark could play and sing just about every song requested of him and that made him a favorite for booking. He worked steadily for many years and traveled the world through his 20s through 40s. By then he decided to come back to Dallas and settle down and work in the many clubs in the area.

Mark had no trouble finding work in Dallas. Commerce Street was the place to go at that time and Mark worked at nightspots such as the Century Room in the Adolphus Hotel, which featured a lavish ice show, and the showrooms in both the Statler and Baker hotels. He also played at night spots like the Bachelor’s Club, the Carousel Club and the Colony Club. Dallas had a flourishing night life and Mark found work easily and played to capacity crowds.

Mark found himself with a one-night engagement at the Mansion at Turtle Creek that turned into a full-time gig, playing six nights a week. Mark loved to share the stories of the many famous people he met there, Robert Goulet, Larry Hagman, Mary Martin, Rosemary Clooney, Rock Hudson, Lauren Bacall and even Frank Sinatra.

Over the years, Mark Carroll became the go-to pianist for many artists and he backed up many big names like Julie Wilson, Jeri Southern and Peggy Lee. Later he would pair up with Dallas favorite, Trella Hart for many appearances.

The years went on and times changed and many night spots no longer had live music and Mark thought it was time to change direction and move on. He made Dallas his home and gave music lessons and did private parties. Then he met Ned Startzel.

Ned Startzel was a former vaudevillian who lived in the area and was thinking of how to put on a showcase that featured senior aged entertainers that still had a lot of talent but not too many places to show it. He called Mark and they had a long discussion that led to them coming up with the idea of putting together a Las Vegas, Ziegfeld Follies type of showcase that would feature talented performers over the age of 55 staged with beautiful sets, lights and lavish costumes. They decided that they wanted to produce a show that recreated a musical experience long vanished from the stage and bring back variety geared toward senior aged audiences who were longing for that type of entertainment. With the idea of live singing and dancing and a line of beautiful showgirls in full feather and bead costumes, the Spectacular Follies was born in 2008 and Ned and Mark brought their dream to fruition. Ned lived to be 99 years old and was an active part of the Follies both on stage and behind the scenes until his passing.

An instant success in 2008, the Spectacular Follies has grown over the last 12 years from a cast of 40 entertainers to the 130 cast member show it is today. Mark was responsible for finding the many talented acts and showcasing their talents and produced the shows for many years until his health forced him to slow down. Mark was the most generous of showmen, always encouraging and pushing his entertainers to find the best of their abilities and how to show them on stage. His ability to make each performer feel special made Mark beloved by everyone who worked with him. Mark gave his cast their ‘second act’ on stage and his love of fellow entertainers will not be forgotten.

When Mark was unable to travel to perform in later years, he came up with the idea to write his memoir and published “Reaching for the Moon”, his life story told in his own words highlighting the many ups and downs in his long life. Digging deep into his soul, Mark shared a lot of interesting stories of his time in the spotlight from his introverted childhood through the years he became a fixture at the Mansion on Turtle Creek to the creation of the Follies, the story is filled with all the big names from Showbiz who Mark got to know. Sometimes sad, often times funny, Mark opened his heart and soul to give an honest version of himself.

In the last year, Mark decided to do musical showcases from his home on Saturday afternoons that appeared online so the audience could find and enjoy him without leaving home. In the days of home confinement and the need for people to seek entertainment from their living room, Mark was able to fulfill the void with a wonderful performance each weekend of playing and singing the many songs he loved to perform over his long career. His last performance was in June when he had a large online audience watching him do what he did best. Mark’s voice has been silenced this week, but his legacy of music will live on. Mark Carroll lived a life of entertaining and helping others which gave him the love he looked for since he was a child in Little Rock.